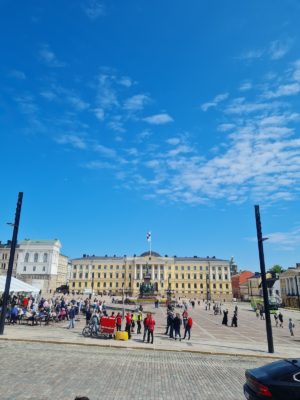 My idea of Finland has always been that of happiness. And quite literally, too—every year, the Nordic country tops just about every imaginable list that quantifies happiness. Understandably, for a young journalist from the Global South, it’s made Finland into this unbelievable, near-mythical nation, resilient to suffering and impervious to conflict.

But when we arrived in Helsinki for the 2022 Finland Correspondents’ Programme, almost every Finn we talked to were quick to dismiss such ideas. Not that they didn’t believe it was true or that they didn’t care about their reputation—in fact, one of the first people who briefed us was Meira Pappi, the country’s image specialist. But for them, happiness “does not mean we are always smiling,” Pappi said. “It means we have high contentment in our quality of life.” 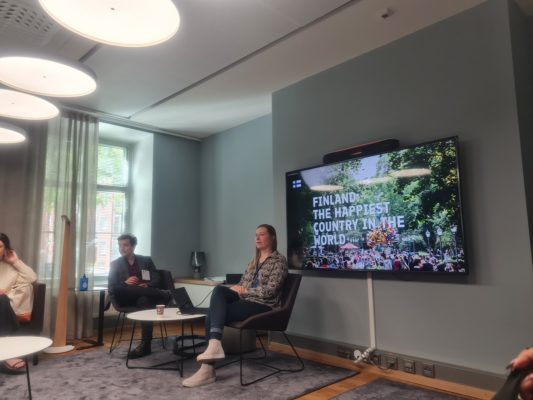 And who wouldn’t, really? The nation itself is built on an infrastructure of happiness: excellent social welfare, good governance, free press and a robust education system. They even have systems for things most countries take for granted. For one, I was truly impressed to learn that people can actually file a report for lost items and someone will try to find it for you (I learned this from Israel Campos, one of the programme fellows, on our last day in Helsinki).

Of course, Finland is a small, relatively homogenous country of 5 million, which makes a lot of things easier compared to, say, the Philippines with a population of 110 million. We also learned that many Finns do get depressed (“kaamos-depression,” or seasonal affective disorder) mainly because of its severe climate—its location next to the Arctic Circle means October to February is a dark and stressful time for many. It’s also not exactly in an enviable position at present, being neighbors with an unpredictable country that’s on the war path.

In fact, almost all the speakers from our programme underscored how seriously they considered the Russian threat and their current bid to join Nato, something they considered only as a last-resort option for decades.

“There’s no way out of it anytime soon,” said Janne Kuusela, director general of the Ministry of Defence. “We’re seeing increased tension and instability…(it’s essentially) the EU version of the war between North and South Korea. It would be difficult to pick up the pieces again.”

“But we are not worried, we are not afraid,” he said. “We can deal with whatever the Russians throw at us.” 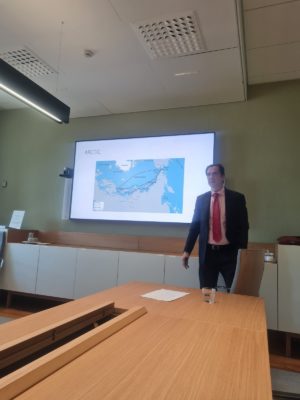 Obviously this self-assuredness can only be rooted in their confidence in their nationhood and in the way their society is arranged. The Finns enjoy a high literacy rate, making them a “hard target” in terms of disinformation and misinformation. At present, over 80 percent of Finns support their Nato bid and are even ready to participate in collective defense, says their Undersecretary for Defense Kai Sauer. Such a decisive shift in public opinion, he explained, was thanks to the government’s fast, transparent and all-inclusive decision-making.

“We have always been a provider of defense and not a consumer,” he told us. “We take responsibility for our own.”

But Finland is an enviable country not only because of its sociopolitical conditions. It’s a beautiful, picturesque country that never seems to run out of trees, beer and coffee—in fact, the sheer amount of caffeine served to us during the programme could induce culture shock even among self-professed coffee lovers like myself.

There is hardly any place in Helsinki that isn’t walkable (though bikers and scooters can get surprisingly road-ragey), but I preferred to ride the ever-punctual trams and the buses, and enjoyed committing their numbers to mind for my nightly walks. 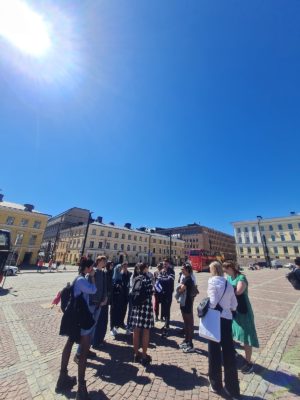 It’s also home to some of the most excellent food I’ve seen. Being Filipina, I was certain most food aren’t delicious on their own without rice. But then we were served hearty servings of lohikeitto (salmon soup), lihapullat (Finnish meatballs) and reindeer (for a hot second while heaping it on my plate my first morning in Helsinki, I had completely forgotten that reindeer existed in reality and not only as a Christmas jingle). I also ate a lot of korvapuusti (cinnamon buns), rieska (rye bread), blueberry and pannukakku (Finnish pancakes, which look and taste like Dutch babies). My only regret was not bringing cans of reindeer meat home. 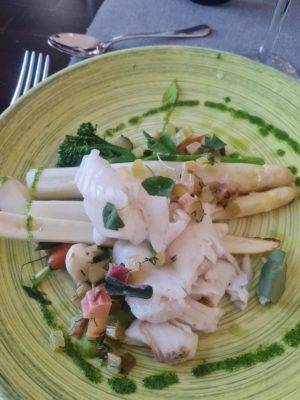 By the end of the week, I understood why it was so easy to be happy in Finland. It felt safe and easy, where I can lie down on the grass and read a book or have drinks with friends underneath towering pine trees. Where I can reach out to anybody and be answered nicely. Where daytime never ends and there is always light during summertime.

But what made Helsinki so dear to me was the other programme fellows—Dilara, Israel, Paula, Finn, Jakab, Magda, Pierre-Mickael, Grace, Careen, Rushana and Zahra—and Pihla and Petra, all of whom were so warm, brilliant and nice. Some of my fondest memories from the programme were of drinking and laughing with them, 12 dorks stupidly standing out in a city full of stoic people. My wish is that we could all revisit Helsinki some day and take part in its happiness again. 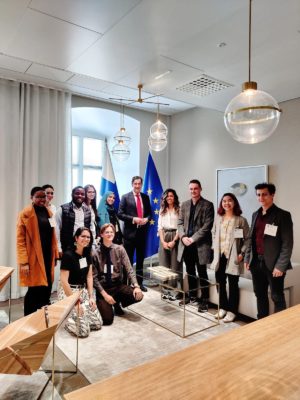