When I participated in the FCP 2015, I basically knew nothing about Finland, the history, the culture and the Finnish way of life. When I left three weeks later, I have not only gained knowledge in all of this areas which led to coverage on social media and articles but also made life-long friends – in Finland and the whole world. 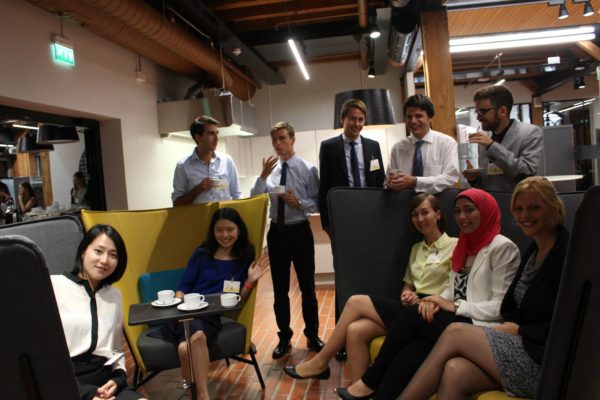 Back then, we discussed current main topics such as the faltering economy, increasing nationalistic tendencies and the problematic relation between Finland and Russia. Our visit at Nuuksio National Park was stunning – and has given us an insight about the importance of the forest, the wood industry and sustainability.

Gosh, they kept us busy these three weeks! We had a long day speaking about the Finnish economy and start-ups, went to Turku, from there to the autonomous and Swedish-speaking “Åland Islands” and then everyone spent a weekend in a Finnish family to explore the “Finnish lifestyle”.

Well, I think we all agreed that boats, sauna and great food are a nice way of life and that Finns not that cautious and distant as the clichée claims. Heli and Tommy couldn’t have been better hosts. Needless to say, there wonderful husky Bella had her fair share on that, too.

One of the highlights of FCP 2015 for sure: We met the Finnish president and spoke about the Ukraine conflict, Finland’s relation to Russia and education.

What really made the experience so special and useful is that I still use the knowledge and the contacts I got for my journalistic work. Finland was and is still one of the most innovative countries in the world and one a journalist should look at when it comes to initiatives and innovations regarding politics and policies, technology and sustainability.

E.g. the basic income experiment was closely watched in Switzerland (where I am working and living now) because the Swiss had a referendum on that, too. With participating in the FCP Alumni edition 2019 I hope to reconnect with the country, see how the trends and innovations I learned about four years ago developed since then.

Unfortunately, one thing didn’t change though. The latest parliament and european elections showed that right-wing and populistic positions still have a wide base of supporters within society. I never really got why the #1 of the happiest countries in the world shows tendencies to populism and racism to such an extend.

With Finland’s upcoming EU Presidency I am especially interested in finding out how the Finns are going to support and strengthen Europe’s system of human rights and the rule of law.

Fabienne is a German journalist and a FCP 2015 participant who is currently living and working in Switzerland. She works as a Foreign Editor for one of Switzerland’s largest and most-read newspaper Blick and it’s Sunday edition SonntagsBlick. She covers events that are happening abroad and they can vary a lot from entertaining stories to election analysis. She has also gained experience as a freelance journalist working for most well-known media brands in Germany such as Spiegel Online. The FCP 2015 gave her career a boost and it gave her lot of useful contacts and new perspective for journalistic work. The alumni programme could give her an updated understanding of the country and also new inspiration for stories: “With participating in the FCP Alumni edition 2019 I hope to re-connect with the country, see how the trends and innovations I learned about four years ago developed since then and get insipiration for new stories I could directly cover for Blick and SonntagsBlick.” View all posts by Fabienne - Germany