It is like in a James Bond film. Only the wind instruments in the background are missing. Actually, this last rainy day is quite appropriate to visit a Finnish icebreaker and to imagine being in an action movie.

In France, all activities stop as soon as five centimetres of snow fall on the ground. We do not have appropriate infrastructure to face cold weather. Sometimes people have no other choice but to abandon their cars on the motorway or spend the night at the airport if there is snow in the city. 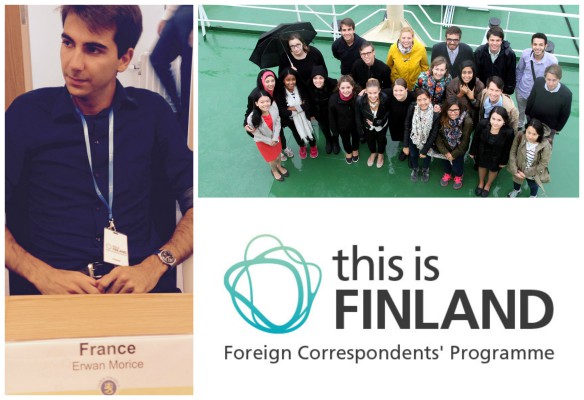 That is why you may imagine what an icebreaker means for a French guy like me. This is huge. In France, we have only one icebreaker, the Astrolabe, which the French scientists use for their research in Antarctica.

During the tour in the entrails of this giant of icy seas, First Officer Simo Haaslahti explained that the 7 Finnish icebreakers are ready to face cold winters every year. “The icebreakers have to break through up to seven-meter thick ice.” It may happen that the ship remains stuck in the ice. Many similar stories do exist elsewhere in the world.

“All Arctia Shipping’s vessels must be replaced by 2029 so that €1 billion will have to be invested in vessels over the next 15 years,” adds the First Officer. Even if 22% of this sum is paid by the European Union, this is a huge investment for the State. That probably proves that the Finns are proud of their icebreakers, like the French are for their ‘baguette’.

Erwan Morice is a journalist and a producer at BFM Business, a French national business TV and radio station. “I am a ‘gai-luron’, as the French say, which means that I am convivial. I am very happy to meet people from all around the world, who share my appetite for news and journalism.” View all posts by Erwan - France