It is said that there are more saunas in the country than people (five million). The Finnish Sauna Society estimates the number at two million.

During our week in Helsinki, we see them everywhere. Saunas belong to the Foreign Ministry where we kick off our week, get to know each other and learn about the reasons why Finland again became the «happiest country in the world» (if you ask me, one could not be unhappy when the most common pastime includes hot steam, an ice cold beer and skinny dipping). We see saunas build in a Van at the Aalto University’s campus, get to know each other even a bit closer in the Sompasauna (probably the best place on Earth [Article in German]) and fin(n)ish off the week in a sauna on Klobben – one of the 6700 islands belonging to Åland. 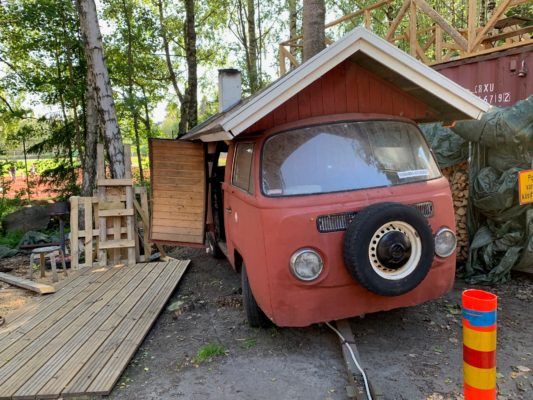 Four years after I’ve been to Finland the first time, the sauna thingie again felt like the guiding thread. That the wooden cabins are giving one a taste of the Finnish experience and are a great deal to connect a motley group of people might has been what didn’t change at all since the FCP programme in 2015. What has changed is the meaning of the visit and the impact Finland has in the world.

Finland took over the EU presidency in July

The Finns are starting to sweat. And that’s not the fault of the sauna culture. In the north, average temperatures rise faster than in other parts of the world. Climate change is threatening winter tourism and reindeer herders in Lapland, the economically important forests and the Aland archipelago in the northern Baltic Sea.

So Finnish prime minister Annti Rinne has set himself an ambitious target for the EU presidency Finland took over in July: By the end of the year he wants to oblige all EU countries to become climate-neutral by 2050 – i.e. to reduce CO2 emissions to a minimum and compensate residual values with climate protection measures. Finland has only six months to influence the international community through its presidency of the EU Council.

The Finns are setting a good example. They didn’t print heaps of scarves or other advertising materials, compensate for all flights related to the office, plant new trees and offer guests tap water instead of plastic bottles. It is supposed to be the first “green” presidency of the Council.

During this time, the Finns oversee the EU’s day-to-day business and lead the work of the EU Council of Ministers, which represents the member states. In concrete terms, this means chairing the formal ministerial meetings – but also those of more than 150 working groups and committees of the Council. The Finns take on the role of hosts, organizing and moderating meetings, drawing up agendas and setting topics. 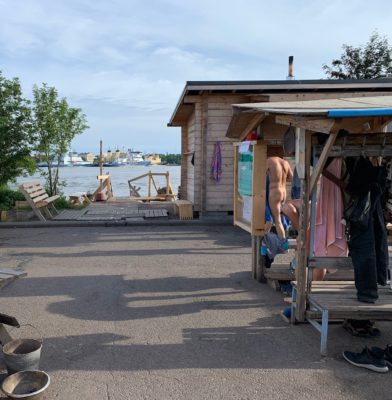 Could the Finns trigger an EU climate treaty?

The Finns have already held the rotating presidency of the Council twice. Both times it was tricky: in 1999 the Kosovo crisis challenged the EU, a possible accession of Turkey came on the tray and the entire EU Commission resigned after a corruption scandal.

Without the leadership, the EU authority plunged into a deep crisis, postponing decisions for months. During this time Finland distinguished itself as a pragmatic problem solver for its 15 members. By the second presidency in 2006, the EU had already grown to 25 member states, and the presidency was correspondingly extensive. Today there are 27.

“Both times the Presidency was taken very seriously in order to influence the EU and its agenda”, told me Juhana Aunesluoma, professor of politics at the University of Helsinki. This time it is the same – even if the Council Presidency no longer means the same as before the Treaty of Lisbon in 2007, which strengthened many EU institutions permanently. “But the Finns also want to make Finland visible. After all, it is a comparatively small member state that is given less attention than, for example, Germany. ”

Finland has set itself three main themes: climate change, growth and security. With the designated President of the European Commission, Ursula von der Leyen, the Finns should have a reliable partner in crime. The German politician taking over Jean-Claude Juncker’s position on 1 November has set climate protection her priority. Within the first 100 days in office, Von der Leyen plans to get an EU climate treaty. Almost as ambitious as the Finns.

Fabienne is a German journalist and a FCP 2015 participant who is currently living and working in Switzerland. She works as a Foreign Editor for one of Switzerland’s largest and most-read newspaper Blick and it’s Sunday edition SonntagsBlick. She covers events that are happening abroad and they can vary a lot from entertaining stories to election analysis. She has also gained experience as a freelance journalist working for most well-known media brands in Germany such as Spiegel Online. The FCP 2015 gave her career a boost and it gave her lot of useful contacts and new perspective for journalistic work. The alumni programme could give her an updated understanding of the country and also new inspiration for stories: “With participating in the FCP Alumni edition 2019 I hope to re-connect with the country, see how the trends and innovations I learned about four years ago developed since then and get insipiration for new stories I could directly cover for Blick and SonntagsBlick.” View all posts by Fabienne - Germany