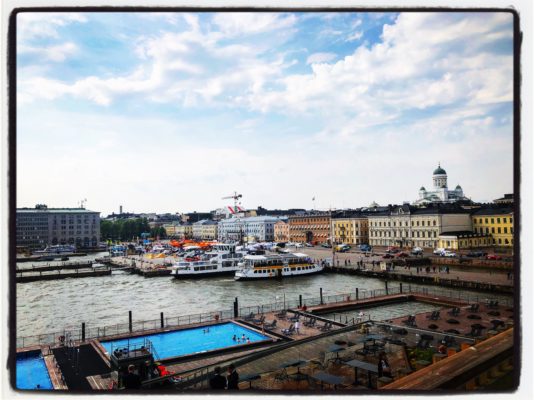 It was 15 years since my last landing at Vantaa Helsinki Airport. But already the first impression – it was about 11 PM when my flight arrived but still not dark of course – was Finnish capital changed a lot. On the way to the hotel I noticed Helsinki is a city under construction. So many construction sites which is always a sign of a growing economy and national self confidence. Many people are getting jobs this way.

My second FCP programme, this time “alumni version”, was more or less persuasion of a convinced person. Finland is through my eyes, my perspectives one of leading EU-members in terms of country’s political stability, model of development, national focus, full awareness about its advantages and weaknesses as well. Although Finland is proclaimed as the happiest country in the world it is important they do not run away from darker sides Nordic society is facing and challenging. 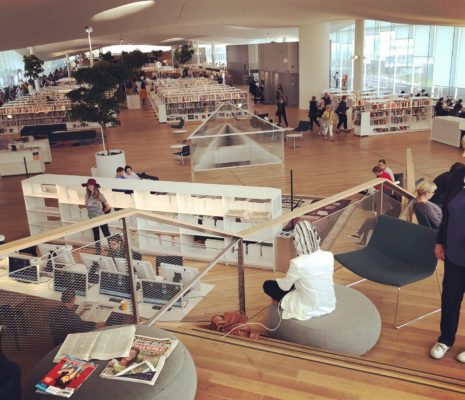 Our very interesting, just correctly intense programme (from insights into the Finnish EU-presidency, visits on the University of Helsinki, new elementary school, Oodi Central Library, city of Espoo, Helsingin Sanomat to Åland Islands …) was for a demonstration of things I would like to see in my homeland – Slovenia. Or more precisely I would like to able to say our politicians and people responsible for decision making process in many levels understand. Full understanding of a desperate need for sustainable development but not only on the paper, declaratively, but with smaller and bigger concrete steps in implementing the new “environment friendly” policies is something we all can learn from Finns.

A special charm of Finland is that it is a mosaic of bigger but also smaller stories. So for me one of the highlights was also the informal and unexpected (thanks a lot Fabi!;)) visit of Sompasauna in deindustrialized, years ago devastated Helsinki outskirt which is getting a new disguise with very modern designed options of living. Sampasauna is in many ways an example of a democratic / public place of equality, involvement, multiculturalism, freedom, use of the forgotten no man’s land. I hope it won’t just disappear one day. 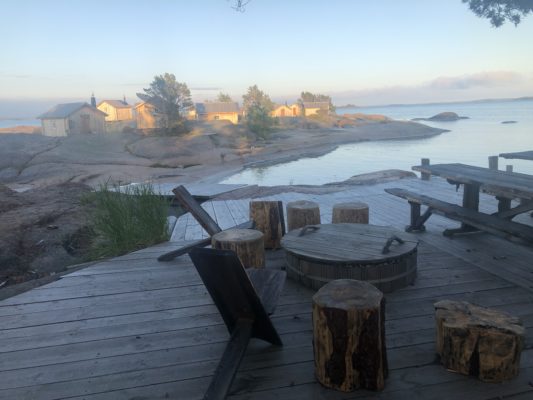 In Finland I never have the feeling they have just full mouth of high-handed forecasts and promises but they are “mortally” serious about it. One of the most interesting points in our one week stay for me as a journalist and editor in print which is struggling in finding a news business model in a digital era with all “spells” was a morning stop at Helsingin Sanomat. Colleagues at HS are doing a great job although they admit they had some very difficult years during the crisis period and transformation of the newsroom into more digital, modern, responsive place to work. The only criticism I have is it was too short and my big wish is to come back for a more detailed visit. 😉 Helsingin Sanomat’s managing editor said no problem, they have no restraints to exchange experiences with journalist from abroad.

Maybe this is the point to finish my blog. Because it is not goodbye Finland it is just see you later again. Soon. I hope.

Matija is a Slovenian journalist who participated to FCP in 2004. He is the Editor-in-Chief of quality daily newspaper Vecer. Vecer’s circulation is roughly 20.000. Vecer’s online version Vecer.com is the 12th most read portal in Slovenia. Previously in Vecer, he has worked as a Current affairs Editor and he has been reporting from many parts of the world including Egypt at the time of Arab Spring. Matija has retained his interest towards Finland and he is very eager to see how Finland has changed during the past years: “It has been almost 15 years from the programme I had participated. A lot of things in Finland, in Europe and in the whole world have changed. I see this as a great oportunity to refresh my knowledge about great country and present the new facts, observations and stories to our readers.” View all posts by Matija - Slovenia