One of the things I was most excited about in the FCP alumni program was a return to Rovaniemi and a reintroduction to the Arctic Circle. I have long been fascinated with Arctic issues. Since my last trip to Finland in 2013 the Arctic has resurfaced as a big topic in geopolitics – and, according to Timo Koivurova, Director of the University of Lapland’s Arctic Centre, not always with the nuance required. But back to that later. 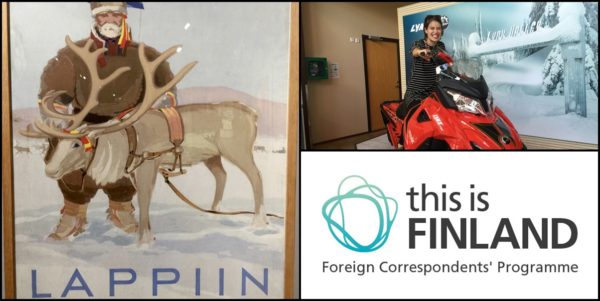 We started the day with a briefing from Finavia, the Finnish aviation company, on how Helsinki’s airport continues to become a transit hub. Last year, for the first time, the airport had more international passengers than Finnish passengers. This is being buttressed by a specific strategy to get visitors transiting from Europe to Asia to see Finland as a great place for a stopover for as few as five hours to as much as five days.

Before we knew it we had touched down at the Official Airport of Santa Claus and began speeding past placid lakes and verdant meadows dotted with perfectly shaped haystacks. The lanky birch trees pierced the crisp air and the sky was punctuated by perfectly fluffy clouds.

With such weather it was hard to imagine the amount of snow needed to use a Lynx snowmobile, whose Rovaniemi factory builds some 20,000 snowmobiles per year.

The capital of Lapland is also host to Pilke, the largest building in the country built of wood, and the Arktikum, which hosts the museum of the university’s Arctic Center. Timo Koivurova, its director, briefed us on the current situation in the Arctic and tried to debunk some of the commonly held misconceptions. Despite competing claims to the sea beds deep below the Arctic ice, everything is proceeding according to international law.

Contrary to the images people might have of the Arctic Circle, Rovaniemi is a place for commerce, a message driven home by the Chairperson of the City Council Heikki Autto. Although only three percent of Finland’s population lives north of Rovaniemi, some ten percent of the country’s exports leave through northern ports.

Rovaniemi is also a big university town, which has helped the town flourish as a center for innovation. Researchers have helped the playground company Lappset with sustainable design and forestry for their innovative playgrounds. Pilke, the nature center, is one of the largest wooden structures in the country. More impressive is the fact that the carbon emissions of Pilke are one third of those of a steel or concrete construction of the same size. Finland is pioneering sustainable wooden buildings but other countries should emulate.

At the adjacent Arktikum museum an exhibition of Finnish tourism posters showed traditional design motifs and fostered a sense of nostalgia. A highlight was an exhibition for all five senses on Sámi food preparation and preservation.

We finished off the day in the most Finnish way – at a sunset sauna along the Kemijoki River. As the sun went down on the day and on our trip to Lapland, I wanted to linger a bit longer, and to return in winter for the polar twilight, when there is as little as two hours of sun in the Lapland sky. I’m sure that this was only my first return to Rovaniemi. 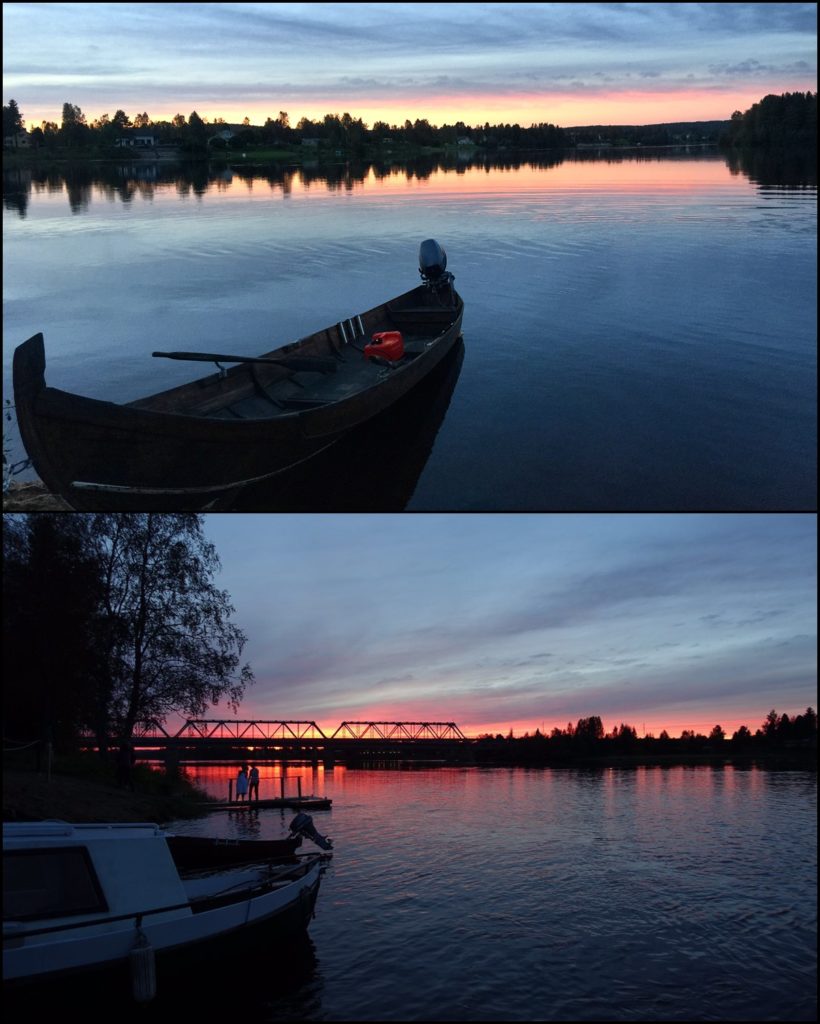 Valerie took part in FCP program in 2013 and says that a month spent in Finland made a strong impression on her. Valerie graduated from New York’s Columbia University’s Graduate School of Journalism in 2013. After her graduation Valerie has worked as a trainee, journalist and editor for Reuters in the office for the Balkans and Balkan Investigative Reporting Network. In 2010-2012, Valerie worked and studied in Sarajevo. Valerie has followed closely Finns’ reactions for the immigration crisis, as well as Finland’s EU policy. Valerie says that it is incredible how quickly the innovative Finnish welfare state developed after the Winter and the Continuation Wars. She would like to learn more about the Finnish success story, and to see whether the Finnish model could be utilised in other countries such as Kosovo. Because of her current work situation Valerie is particularly interested of the President Martti Ahtisaari’s role in the Kosovo peace process. “Finland is much more to me than a marvelous place I spent a lovely month one summer with some cool people from all over the world. It is more than the sauna and the unspoiled forests, the technology and public transportation. It is a country for whose people I feel tremendous affection and for whose presence the world has much to be thankful.” View all posts by Valerie Hopkins