June and the beginning of thisisFINLAND Foreign Correspondents’ Programme Alumni Edition 2019 is approaching fast. Let us now introduce our magnificent participants, who come from 10 countries all over the Europe. They can’t wait to visit Finland again and learn what has changed and which things have stayed like they were, all those years ago.

Once more, a warm thank you to everyone who applied to this year’s programme. It seems that Finland has stayed in the minds of many people around the world. We can’t wait to provide you more awesome memories with our eventful programme of 2019!

But first, let’s dive into the introduction of our participants. 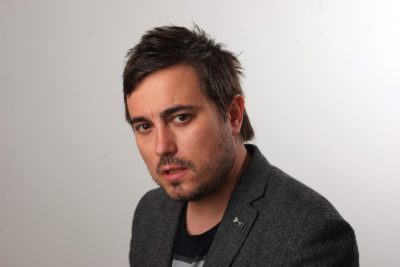 Matija is a Slovenian journalist who participated to FCP in 2004. He is the Editor-in-Chief of quality daily newspaper Vecer. Vecer’s circulation is roughly 20.000. Vecer’s online version Vecer.com is the 12th most read portal in Slovenia. Previously in Vecer, he has worked as a Current affairs Editor and he has been reporting from many parts of the world including Egypt at the time of Arab Spring.

Matija has retained his interest towards Finland and he is very eager to see how Finland has changed during the past years: “It has been almost 15 years from the programme I had participated. A lot of things in Finland, in Europe and in the whole world have changed. I see this as a great oportunity to refresh my knowledge about great country and present the new facts, observations and stories to our readers.” 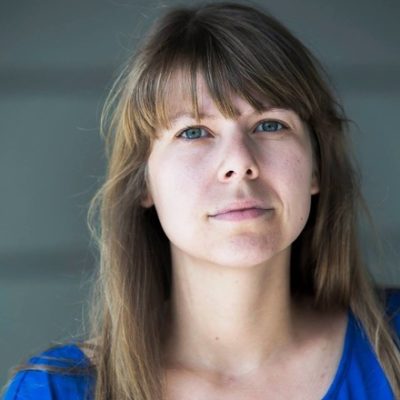 Cátia Bruno has developed her career since her participation in 2013 FCP programme. After her participation in the programme she first worked at the leading weekly newspaper Expresso and participated in the journalist visit World Press Freedom Day/WPFD 2016, organized by the Ministry of Foreign Affairs, of which she wrote an article to the paper.

Since then she has moved to working at the on line newspaper Observador, where she writes about international politics among other subjects. Cátia Bruno is also one of the writers of Sisters of Europe, a European website that discusses issues related to gender equality and is also a networking platform across Europe.

Cátia’s interest to Finland has stayed strong since her participation to FCP 2013, she has had self initiative regarding the previous alumni meetings and she follows actively FCP happenings. 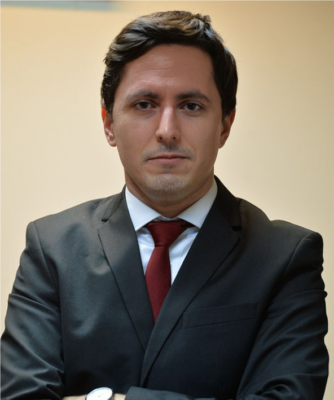 Mr. Hayatsever participated in FCP in 2010. He expresses his FCP experience as most inspiring for a journalism career. He adds that visiting Finland again and also meeting colleagues and establishing new connections from all over the world is an exciting opportunity for him to participate the FCP alumni program.

Huseyin Hayatsever has built up his journalism career having worked as a correspondent for prominent newspapers and news agencies such as Deutsche Welle, Sputnik, Anka News Agency and Hurriyet Daily News. He  has a very extensive portfolio of reporting in areas covering Turkey’s political and diplomacy affairs from Ankara, writing news stories and making interviews. Since September 2018 he has been working as a diplomatic correspondent in Cumhuriyet daily, Turkey’s oldest national independent daily newspaper covering Turkey’s diplomacy affairs and international affairs. 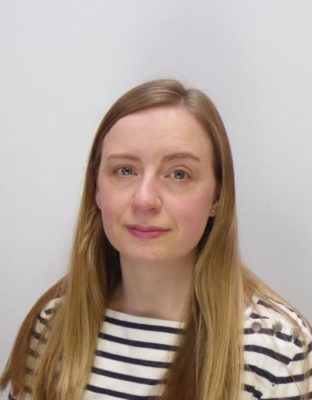 Lucy is a journalist from United Kingdom and she participated to FCP in 2003. Currently based in Glasgow working as a reporter and editor with the Press Association. Topics covered: current affairs, politics and arts across Scotland. Multimedia journalist producing video footage, news articles and digital packages. With the current employer Lucy Christie has covered general elections, the oil and gas industry, Scotland’s independence referendum and the UK’s preparations for departing the EU.

Lucy thinks that the FCP Alumni 2019 could offer her more links to Europe and Finland in these uncertain times of Brexit: “I relish the opportunity to reacquaint myself with Finland and foster new links as the UK prepares to leave the EU… On a more personal level, I enjoy meeting new people and learning new things!” 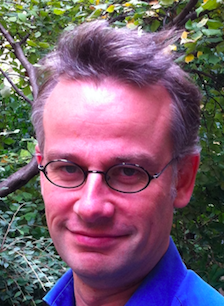 Pierre-Olivier François works as filmmaker and journalist for the European cultural channel ARTE. He participated in the Foreign Correspondents’ Programme in 1996, which resulted in a long-lasting interest in Finland and, amongst other things, in his first documentary film, Finland from the East (2003), which is a road movie from Southern Finland to the former Finnish port of Petsamo in the North. The film was coproduced by ARTE and YLE.

Since then, Pierre-Olivier François has made several documentary films about a wide range of subjects, from UN Peacekeeping to North Korea, Edward Snowden to the pianist Clara Haskil. He also makes regular contributions to the Dessous de cartes/mit offenen Karten, a weekly geopolitical programme, and to other programmes related to politics, economy, social issues and culture on ARTE. 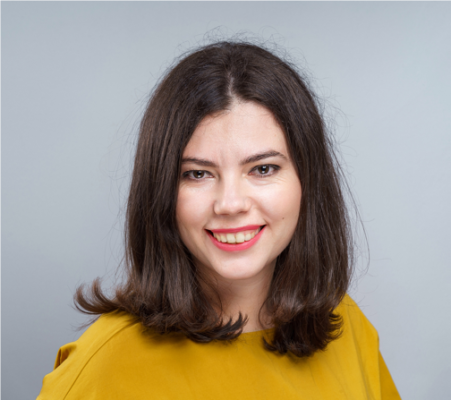 Sorana Stănescu is a participant of FCP 2010 an she’s a long-form magazine writer for the independent quarterly magazine Decât o Revistă (DoR), and a current affairs TV reporter. She was a senior journalist with the Romanian public television (TVR) for eight years. Since 2016 she’s been covering extensively the fields of education and social equality for DoR, and has been coordinating DoR Live, a series of live storytelling events.

She has been a contributor to BBC TV’s flagship investigative programme Panorama and to several other British and Romanian media. In 2012 Sorana won the first prize in the Balkan Fellowship for Journalistic Excellence competition, with an investigation on the UK job restrictions. The same piece won the Reporting Europe Prize in 2013, an annual prize honouring excellence in English-language journalism, awarded by UACES – the academic association for Contemporary European Studies in the UK.

Since the programme she has covered Finnish education system extensively in DoR. She says that Finland has become her go-to place when she wants to do research about best practices for stories related to energy, transport and environment. 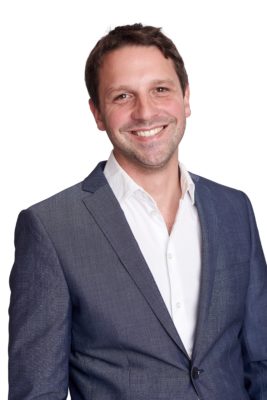 Benjamin Carlier is a FCP participant from 2005 and he works as a journalist for the main Belgian French-speaking tv and radio channel RTBF. He covers political issues both on national and on international level. He regularly covers also a wide range of other topics on European and international level. He works mainly for television but reports weekly also for radio and web/social media.

He is interested to know the background and reasons for Finland’s success in many surveys. He also wants to get background information for Finland’s presidency of the EU. In news Benjamin still gives a special look about what’s happening in Finland currently, so a new visit will provide him with the newest updates from Finland. 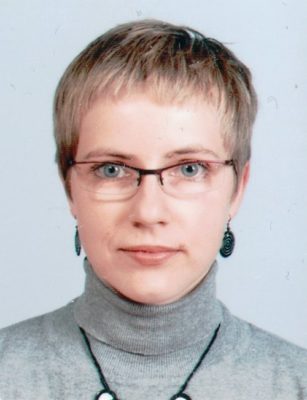 Veronika is currently working as the Deputy head of the desk for Czech Television’s Planning and Analysis Desk. Before that she has worked as a reporter for the Czech Radio for over ten years. In the radio she worked as a parliamentary correspondent, for example.

After she participated to FCP in 2003, she reported for Czech Radio about Finnish political situation before the 2009 EU Elections. Now she would like to broaden and update her knowledge to create more accurate and profound coverage from Finland. 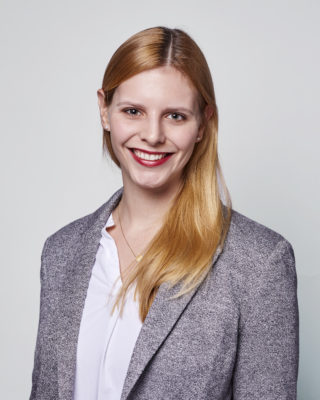 Fabienne is a German journalist and a FCP 2015 participant who is currently living and working in Switzerland.  She works as a Foreign Editor for one of Switzerland’s largest and most-read newspaper Blick and it’s Sunday edition SonntagsBlick. She covers events that are happening abroad and they can vary a lot from entertaining stories to election analysis. She has also gained experience as a freelance journalist working for most well-known media brands in Germany such as Spiegel Online.

The FCP 2015 gave her career a boost and it gave her lot of useful contacts and new perspective for journalistic work.  The alumni programme could give her an updated understanding of the country and also new inspiration for stories: “With participating in the FCP Alumni edition 2019 I hope to re-connect with the country, see how the trends and innovations I learned about four years ago developed since then and get insipiration for new stories I could directly cover for Blick and SonntagsBlick.”

Miho Dobrašin is an international correspondent at the Croatian news agency Hina and he also writes articles for several newspapers and weekly magazines in Croatia. He has worked as a correspondent based in Madrid for several years and a reporter covering the war conflict in the Ukraine. Prior to his post at Hina, Miho worked for the leading Croatian daily newspaper Večernji List, the business daily Poslovni Dnevnik, and the Slovenian daily Delo.

In 2010 he received the “European Young Journalist Award” from the European Commission for contributing to the better understanding of the European economic crisis. He participated in the Foreign Correspondent Programme in Finland in 2008. Over the last 14 years he has covered stories related to international relations, economy, politics, culture and sports.