The start of thisisFINLAND Foreign Correspondents’ Programme 2022 is less than a month away and it is approaching FAST! Therefore now is the perfect  time to introduce our brilliant participants who come from 13 different countries all over the world. They are all super excited and can’t wait to start their journey in the FCP!

Once again, a huge thank you to everyone who applied to this year’s programme, we recieved a great number of applications in total. And now we can’t wait to provide our selected participants awesome memories with our eventful programme of 2022 in Finland!

Without further ado, let’s dive into the introductions of our wonderful participants! 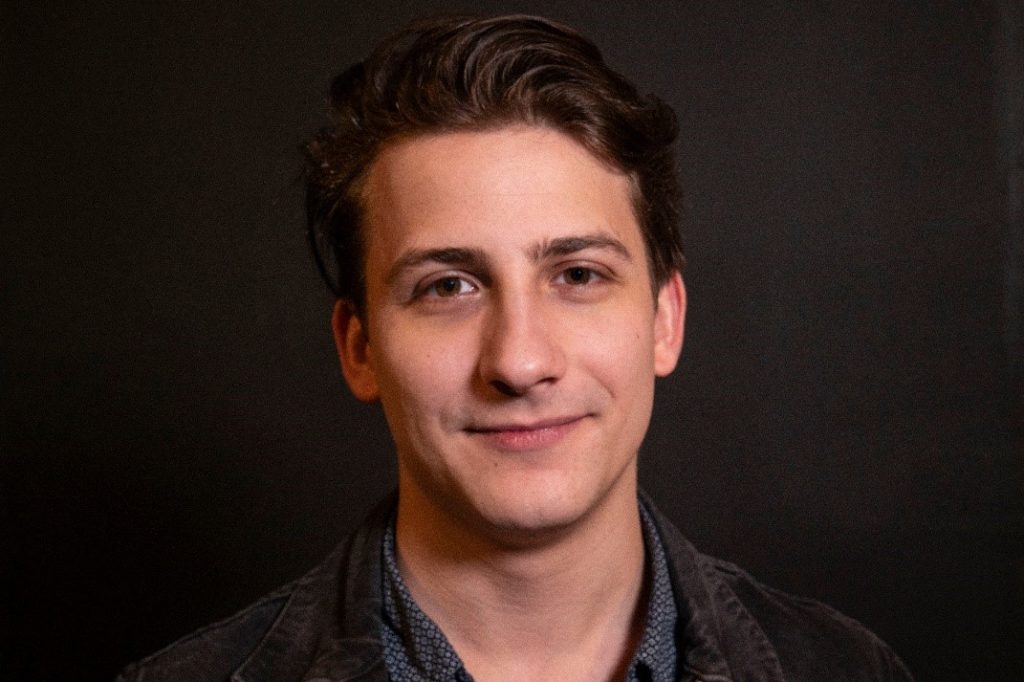 Jakab is an editor, host and visual content producer at Partizán, a non-governmental, liberal YouTube channel founded in 2018. Partizán is a dynamically growing channel with more than 270 000 followers. Jakab’s application included a part of a series he hosted and produced as a job sample. The topic was climate and environmental policy. Jakab has a wide range of interests in social issues. In  Finland he is interested in education policy, media freedom and democratic development. He is particularly proud of his activism in the anti-government protests at SZFE, the University of Art and Film, which he helped to organise. 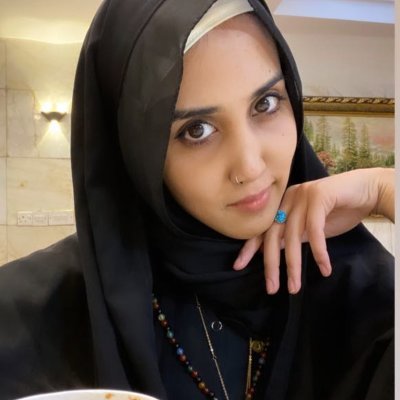 Zahra is 28-year-old recent (2021) graduate from Cardiff University. She received an MA with distinction in Broadcast Journalism and has a BA in English Literature from University of Birmingham (2019). She is widely travelled and her interests include human rights, climate change and diverse societies. Her dream is to work as a foreign affairs correspondent in the future. Zahra has worked as a trainee journalist (Mediatrust), Freelance journalist (Global), CJS News (Cardiff University) and Freelance reporter (Bauer Media). Shortly she is due to start as a production journalist at ITV News.

Zahra’s reasons for applying for FCP: “ I am an aspiring foreign affairs correspondent and this programme seems as if it was made for me. It encapsulates everything I find fascinating. Visiting Finland, networking with other professionals and working on key issues such as climate change and carbon zero. I’d love to learn how this is being implemented in Finland.” 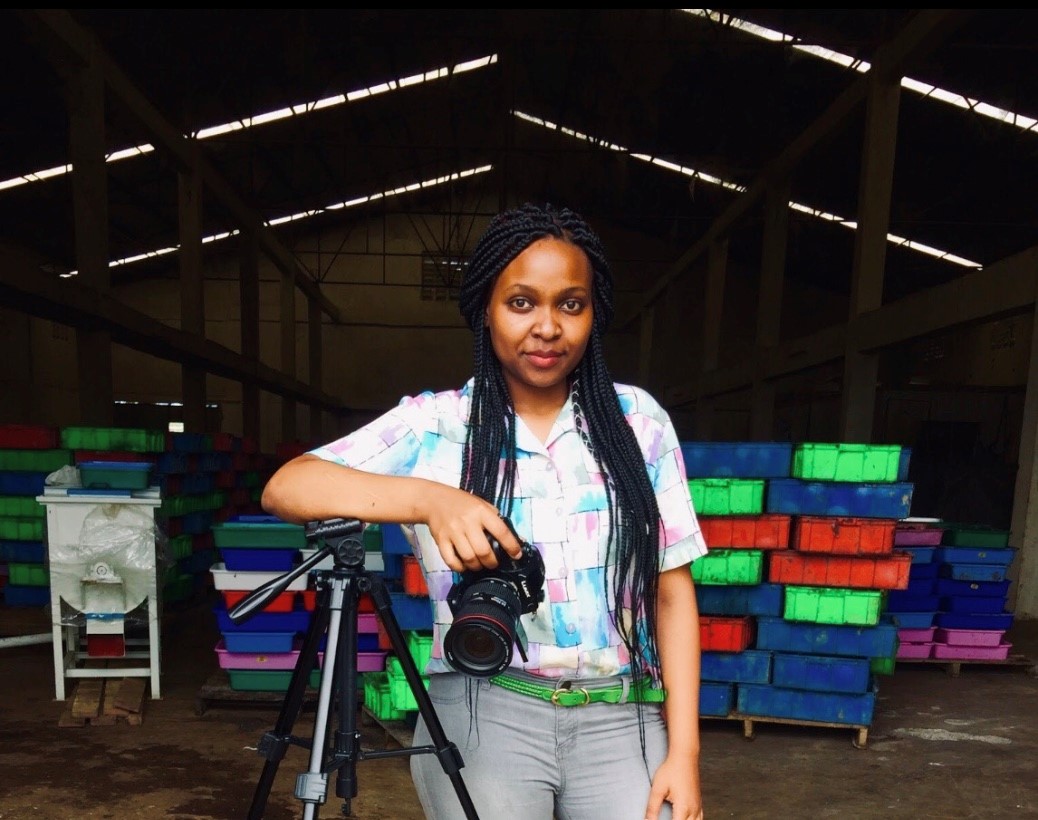 Careen Joel is a Tanzanian social development communications professional with 5 years experience in the Media and Civil Society sectors. Information is one of the key issues in addressing development barriers in developing countries in Africa. On that account Careen believes in creation of opportunities to skills, awareness and competency as she contributes to achieve the envisioned future in social welfare and human rights promotion.

She has worked with leading institutions including Sahara media group Tanzania, Foundation for Civil Society and The United Nations, extending her contribution to society through Media and communications with an output goal of innovative and inclusive community solutions. Careen was also among 5 young journalists in the class of 2019 European Journalism Center/Tanzania Media awardees and a YALI (President Barrack Obama’s Young African Leaders Initiative) 2O2O Alumnae. 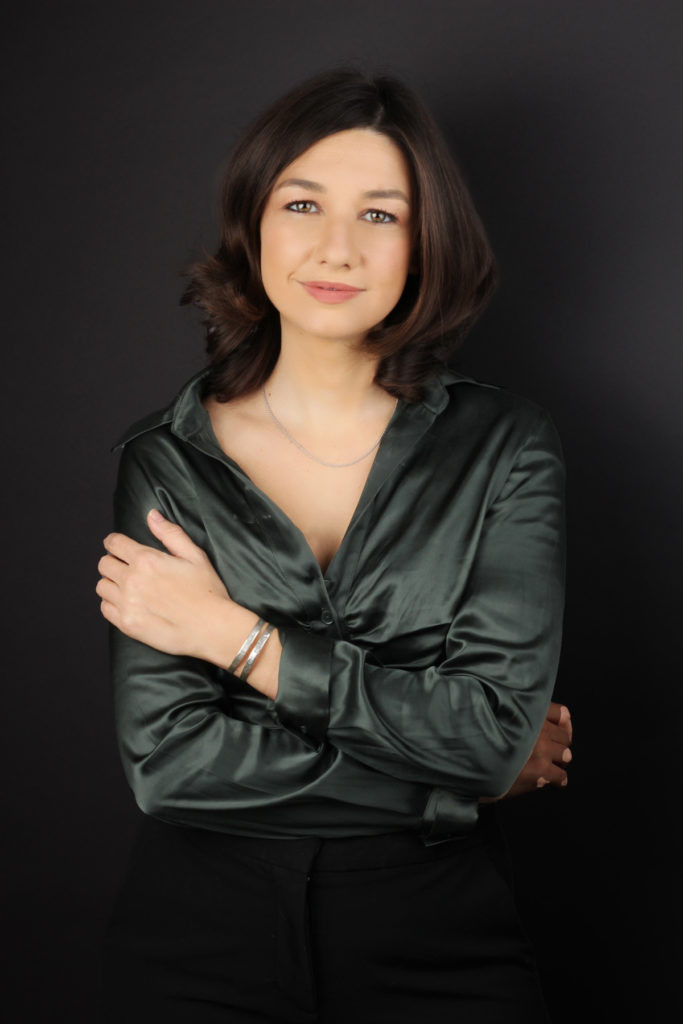 Amit is an economic journalist, and currently working as a radio broadcaster at Galey Tzahal. She is the host of the show “Life Itself”, which airs every evening from Sunday to Wednesday. Amir studies economics and literature at the Tel Aviv University, and she has previously graduated from the Sam Spiegel Film and Television school where she studied scriptwriting. Amit is 29 years old, and lives in Tel Aviv. She has never been to Finland before, but is interested in getting to know more about its history and culture, as well as Finland’s solutions for reaching carbon neutrality by 2035. 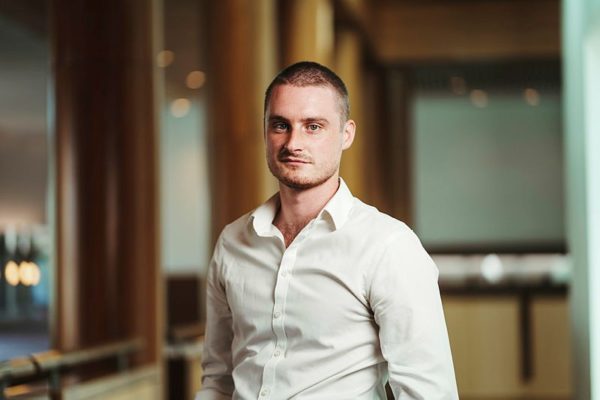 Finn heard of FCP when he was interviewing the Finnish Ambassador on the war in Ukraine. He is a skilled journalist with years of experience in television, radio, online and print, focusing on federal politics. He has a particular interest in foreign affairs, and excels at exploring nuance and placing events in their international context for an Australian audience. Finn works in The Canberra Times as a Federal Policial Reporter. Finn also has a personal interest of topics in early learning and childcare.

In his application Finn wrote that “Professionally Finland means a reference point through which to contextualise Australian politics, and is often cited as an example during debates on childcare policy, healthcare, education, and standards of living. That also applies to topics that are the focus of my writing-particularly foreign affairs and climate change.” 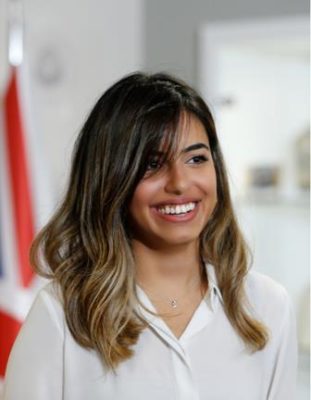 Dilara has studied International relations at Istanbul Bilgi University in Turkey. She works for Anadolu Agency in Ankara as a correspondent. Over the past three years she has worked as a journalist covering topics like Syrian, Afghan and Ukrainian wars and while working in the field she have gained a lot of experience in terms of humanitarian crisis.

In her application she has told that Finland means to her “A peaceful, cold and civilized country with very good food and warm people” 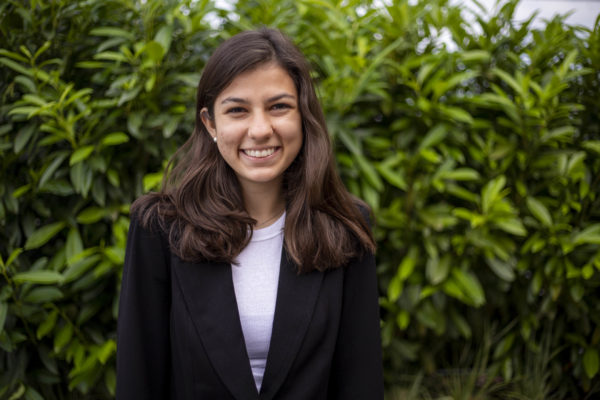 Grace studies International Relations at the College of William & Mary in Virginia. She possesses more of a diplomatic flair but nevertheless fits the ‘young journalist’ type. She worked at the Diplomatic Courier, writing diplomacy-related articles, conducting research, interviewing individuals related to diplomacy and attending embassy events. Grace has also worked as a research intern at The Project on International Peace and Security and the Library of Congress. Her interest in Finland was sparked by a visit to the Finnish Embassy in Washington DC, where she met staff members and attended a showing of the 2021 Helsinki Biennial press event, which prompted her to write an article about the Biennial for the Diplomatic Courier. Grace has an interest for both climate and diplomacy-related issue and wants to be involved in solving society’s pressing issues herself.

Israel is an award-winning young Angolan journalist. He started his journalistic career in Angola, where he worked for several broadcast companies and local newspapers alongside his studies. In 2021 Israel was suspended from Rádio Nacional de Angola because of censorship and was nominated by the Free Press Unlimited for the category “Newcomer of the Year” of the Free Press Award. In the same year, he was chosen for the BBC Future Voices Scheme – where he worked for BBC Africa Youth Programme as well as produced digital content for BBC Brasil at BBC World Service.
Currently he works as a freelancer and was recently nominated for the “Student Journalist” category of the Amnesty Media Awards 2022. 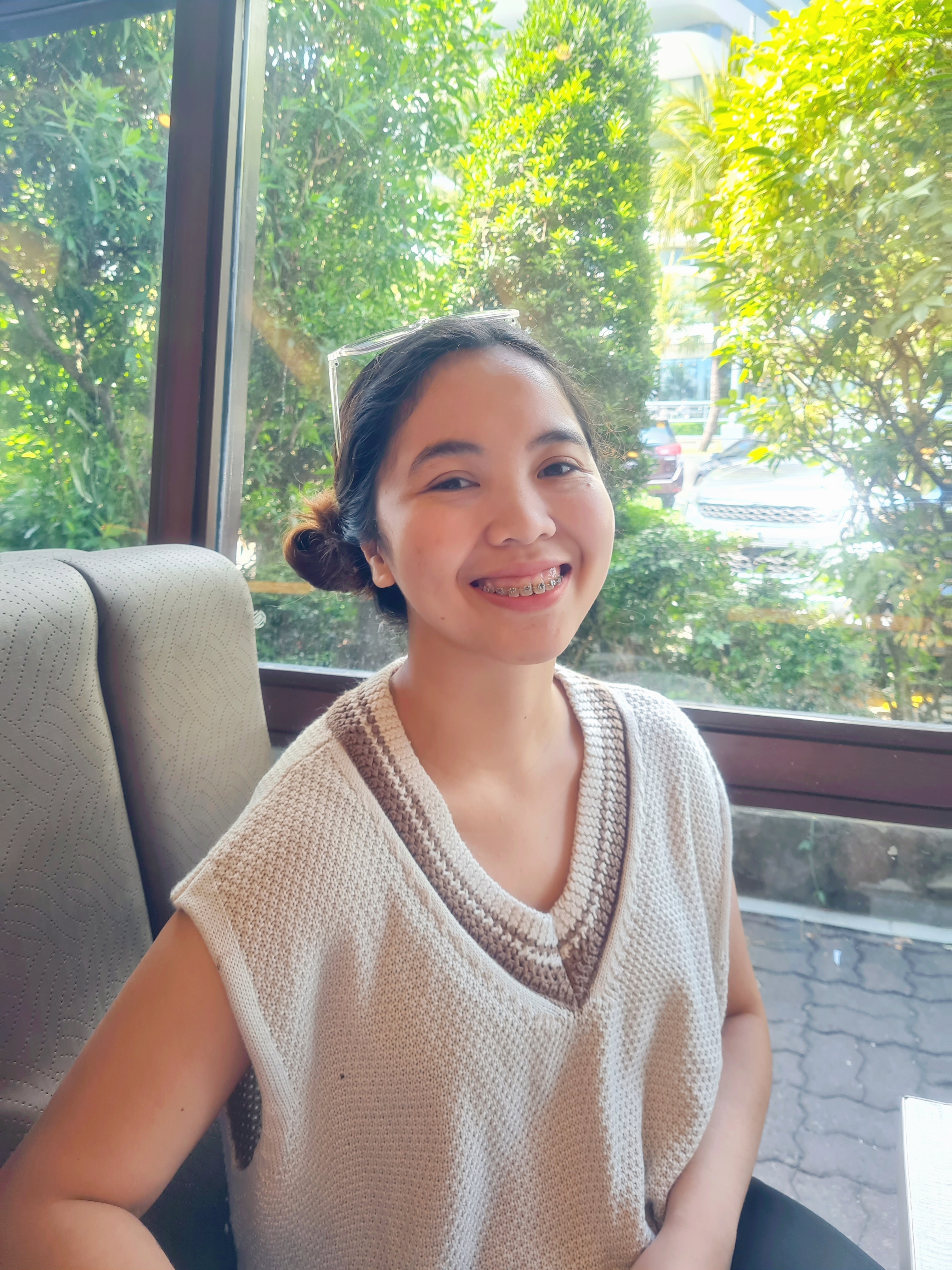 Krixia has a BA in Journalism, and she is in the midst of finishing her MA in the same subject. She is also currently enrolled in a 6-month course at Oxford University for climate journalists. She is working as a reporter in the Daily Inquirer newspaper, where she has focused mostly on topics such as social justice, human rights, equality, sustainability and vulnerable people. Recently she has been shifting her focus more towards climate issues. The Daily Inquirer is one of the most read daily newspapers in the country, and it is seen to be the most independent paper in terms of ownership and editorial point of view, vis-à-vis the current government. Krixia is eager to learn more about Finnish culture. She is an admirer of Moomins and Tove Jansson. 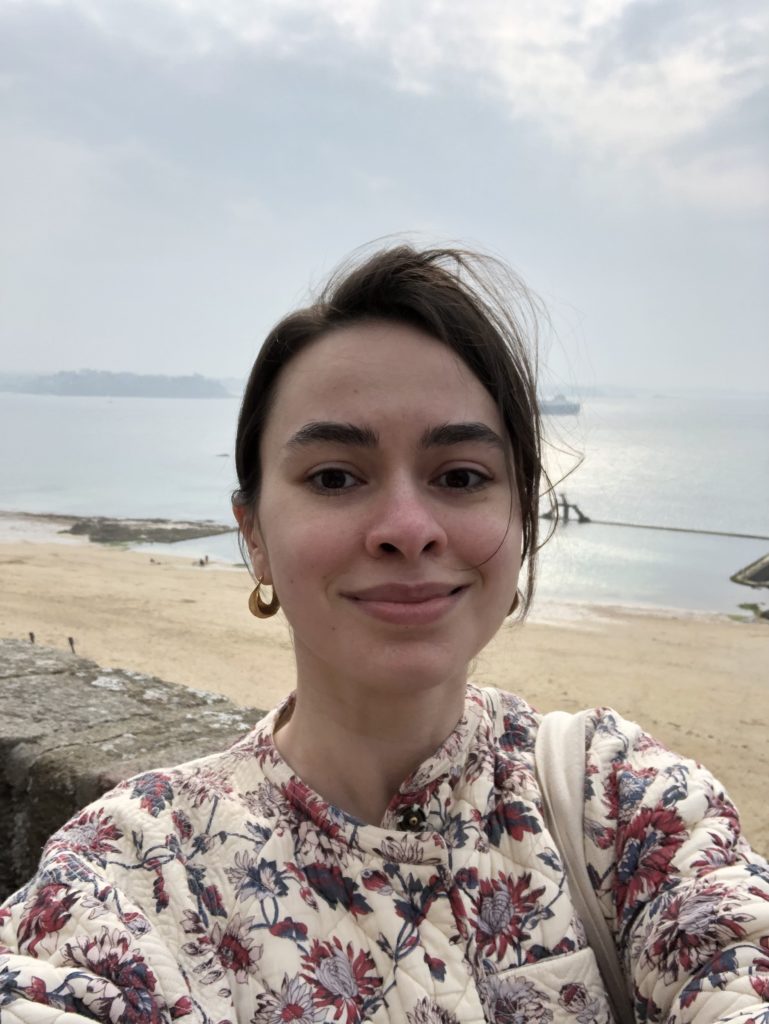 Magdalena has been a journalist since 2014 when she started her work as a journalist in college. She has BA degree in Journalism and Social Communication (2021) and she is also studying BA of European Politics and Economics in University of Warsaw. Currently she is in Paris on the Erasmus exchange in Institut d’Études Politiques. She works in the TOK FM news radio, where she deals mainly with reporting on EU policy. Interestingly, in 2019 she interviewed the Ambassador Ottman as part of the Finnish Presidency.  She is fluent in English and French, and she can speak a bit of Finnish as well. 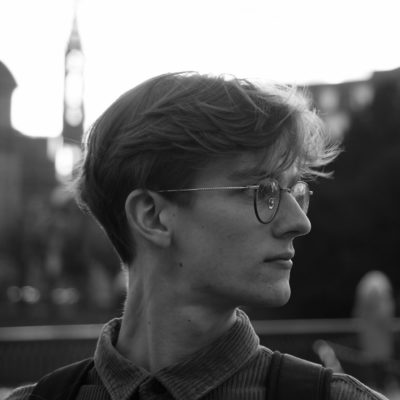 Pierre-Mickaël is a master’s student at the University of Strasbourg’s School of Journalism. Has wanted to become a journalist since the age of 14, would like to be a French correspondent in a Nordic country one day. Has work experience from Radio MNE in Mulhouse, and will soon start a work-study contract at the TV channel La Chaine Parlementaire. Has also done internships at France Bleu, Le Républicain Lorrain and Sud Ouest. He isw interested in politics, photography and cartography. He is a fan of sauna, ice hockey and baking korvapuusti. 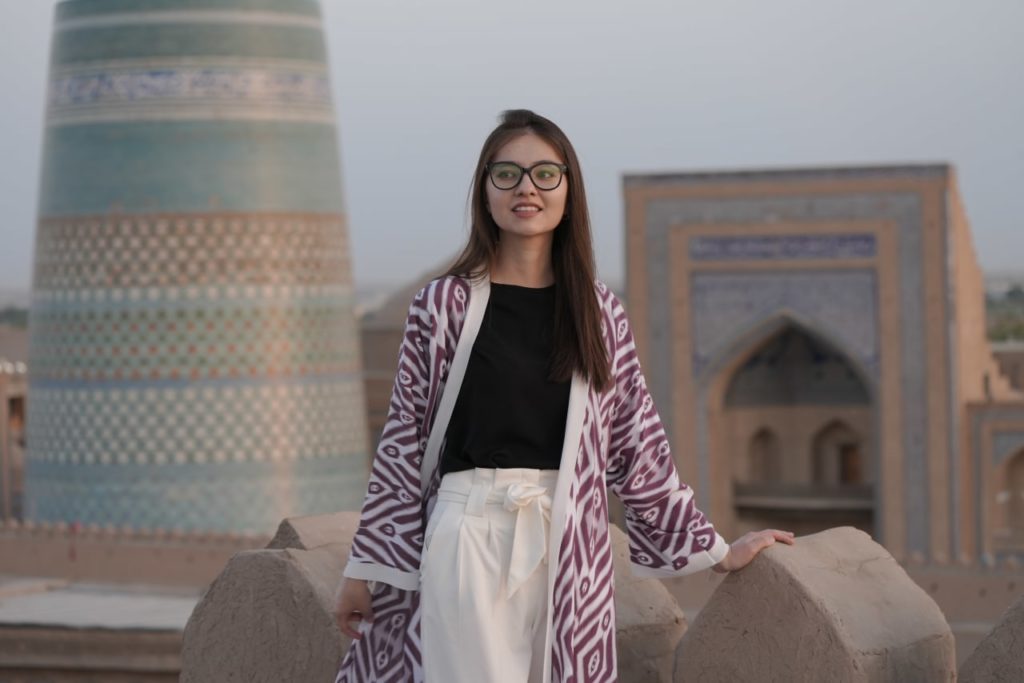 Rushana is studying Journalism and Mass Communication in University of Uzbekistan and she has also been student in Central Asian Journalism Virtual Institute. Currently she is the head of the department at Intrenational Press Club. Rushana has published more than 50 articles in different magazines in Uzbekistan and has own media projects that have broadcasting on the main TV channel of Uzbekistan.

One of her goal is to bring  journalism of Uzbekistan to the world stage and gain it a internationally recognized place in the rankings of freedom of speech. 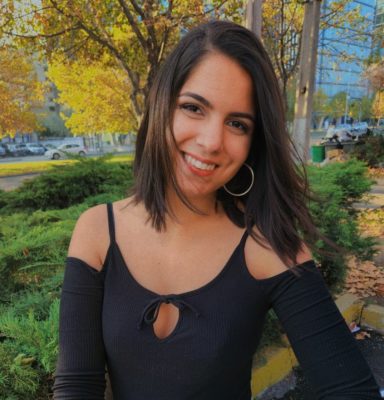 Paula is a 22-year-old fifth-year journalism student at Pontificial Catholic University of Chile in Santiago. She has worked as a journalist at Got Talent Chile, as a tutor for Faculty of Communications and in multiple different projects as a volunteer. Paula has a passion for writing and art, and in the future she hopes to work in journalism. She has published two articles for local newspaper La Segunda.

Paula is active on social media, especially on Instagram and likes to share content through different social media channels. She has heard many good things about Finland, and now hopes to get to know Finland better and learn about the differences between Finland and Chile.