It is general knowledge that Finns are quiet, nature loving people who are passionate about the sauna and foraging. Or are they really? My yet another trip to Finland this last week confirmed what I had already known before — there is much more to the stereotypes we usually have about five million Finns and their way of life. Here are four things you should know about the Finnish way of life that are not necessarily always true. 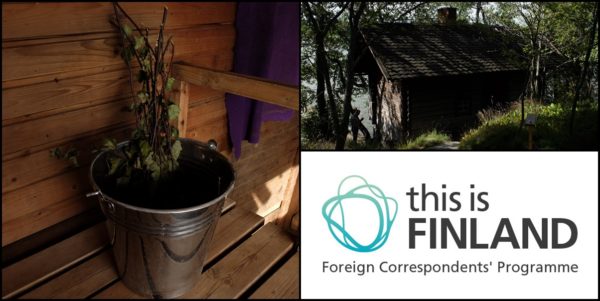 1. Everybody loves the sauna and is a regular visitor

Finland probably has the most saunas per capita in the world (some say there are 3.3 million saunas, some say slightly over 2 million) and many Finns get naked to sweat in dark, hot rooms at least once a week. But not everybody. As some of us learned during the host family weekend — some people use their sauna as laundry room and hardly ever heat it up.

Still, the sauna is a very important part of the Finnish way of life and I suggest never telling a Finn that you hate going to the sauna. Even if you really, really do hate it.

2. Everybody is a proud mökki owner

During summer weekends Helsinki looks like a ghost town as most locals escape the urban environment to hide away in their summer cottages where they can take quiet walks in the forest, pick berries and relax in their sauna that is built on a shore of the most beautiful lake you’ve ever seen.

This may have been the case some decades ago, but the trend is changing. There are around 500,000 summer cottages or mökkis, as they are called in the local language, in Finland. So roughly every tenth Finn owns one, but the owners are growing older — statistics says an average mökki owner is 62 years old. Only 7 per cent of mökki owners are younger than 40!

Statistics also shows that Finns are not as eager to build new mökkis as they were a few decades ago. It’s partly due to the fact that there is not enough land near the cities that people can afford, but also it is now easier than ever to hop on a plane and have a holiday abroad.

Oh, and an average journey from a mökki to a body of water is 65 metres, if you were wondering how close to the lakes mökkis are usually built.

3. Everybody is an expert on foraging

We’ve all heard how Finns are very eager to go to the forests to use their Everyman’s Right to forage. The general stereotype seems to be that Finns know everything about different mushrooms and berries, where and when to find them and how to cook them in the best meals or preserve them for winter (which is definitely coming).

“What is this mushroom called in Finnish,” I asked my Finnish host over this weekend when we were taking a stroll in the local forest.

“Em, I have no idea. Mushrooms are really not my thing,” she replied.

4. Finns are quiet and never speak (at least not to strangers)

“What’s the word in Finnish for quietly staring into the distance and contemplating the world?” someone from our group asked me in a Nuuksio smoke sauna on the evening of our first day of the FCP.

I was immediately sure there’s a word for that and I have just forgotten it in Finnish. I asked around from a few Finnish friends.

“We have a word for that?!” they were surprised. “But it actually makes sense, we probably do. Or if we don’t, we should have one,” they all replied in a few seconds.

Of course I’ve had these moments with Finns where everybody just shuts up and sips their coffee in silence for minutes. I’m not particularly bothered as Estonians sometimes act the same, but there’s this other group of Finns who are more like Italians. They are loud, laugh a lot, wave their hands and are always ready for new friendships with strange people. They may be harder to find, but they do exist, and I have the honour of knowing a few.

And let me assure you, it was definitely not harder to find them than bumping into a Lapras (a rare Pokemon, according to the internet), so put down your phone and scan the room: there could be a Finn sitting next to you, eager to meet new people! 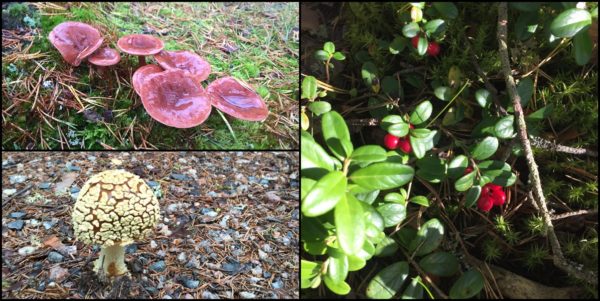 Liis has worked as a journalist for more than ten years, recently she started a new job as head of economic news desk at Estonia’s biggest newspaper Postimees. For the past four years she’s been a stringer for the Wall Street Journal, covering Estonia and sometimes Finland. She participated in the FCP in 2005 and has written many stories about Finland on a wide variety of topics from finance and economy to design and culture. She’s been volunteering at Arvamusfestival (Festival of Opinion Culture, similar event to Finland’s Suomi-Areena and Swedish Almedalen Week) for three years, previously as chief of communications, now focusing on international relations. “The month I spent in Finland all those years ago was an important milestone in my continuous love affair with Estonia’s northern neighbor. It widened my horizon, assured me that my decision to learn Finnish was 120 % right and brought wonderful friends, contacts and new story ideas. I hope the alumni meeting will be no different.” View all posts by Liis Kängsepp