So, after a long weekend of homestays and some of us recuperating from sickness (well, maybe just me), we had an early day heading out to the city of Espoo.

I’m not much of a morning person. But don’t worry, I caught up on some sleep on the boat-ride over.

In my sleepy state, I didn’t yet realize our entire day would be examining a city that could be a case-study for much of Finland. Like much of the country, Espoo uses its past as a springboard to dive into the future. Throughout our time here we’ve confronted a country learning from its past and heading to a new future, something that spans from Nokia’s lessons to the country’s very self-image.

Fittingly, our first visit was to a place frozen time. Our boat trip dropped us off at the island of Pentala, in the archipelago just off the coast of Espoo. This year, the island opened up an open-air museum of its historical farm and grounds. The house there was perfectly preserved from the time the owner died in 1987. It provided a glimpse back into how things looked and felt at that time. Since the owner kept a detailed diary, people today can still look back and understand that time.

Our next stop firmly rooted us in the present. We visited Väre, the brand new art building at Aalto University that opened that morning for the first time. There we learned about the history of the university, which was designed by Alvar Aalto after he won a campus design competition. To honor the past, the designers of the new art building took the diagonal designs of the old campus into consideration.

And although something very much of and for the present, the spaces within the building were set up to be ready for the future. The student spaces were designed to be modified and change as needed for the future. Very functional, just like much of the rest of Finland. Even the coffee areas were streamlined and efficient.

When we got to the library on Aalto University campus, our tour guide paused. We were standing in the middle of the building influenced by Greek and Roman classical architecture and built in 1970.

“To me, this is the future of university space,” she said.

The building was built decades ago, but had been continuously modified to stay modern and functional for those at the university. The top floor still felt like a library in the classical sense – quiet rooms, stiff books and tall bookcases. But bits of modernity popped out. Located in the corner of one bookcase a touchscreen poked out. Downstairs modern community gathering spaces included circular sitting spaces and chairs that looked like bubbles hanging from the ceiling.

Our last stop of the day, was in a space designed for those looking forward. At the Startup Sauna on the Aalto University campus, students were given a dedicated space by their university to develop companies that could carry them after university.

The social welfare set-up in Finland allows people to take a certain amount of risk with their companies – since things like healthcare don’t hinge on employment, the government covers much of the risk for certain startups and students aren’t saddled with debt. However, the Finnish mentality, our presenters said, could be a hindrance since people are more likely to point out their faults than their likely accomplishments. But a space like Startup Sauna also allows people to build on the lessons of companies like Nokia and learn from them.

Our day led me to examine the lessons that we can learn from our past – whether at a museum looking back decades or to the business lessons from the giant companies of yesterday. 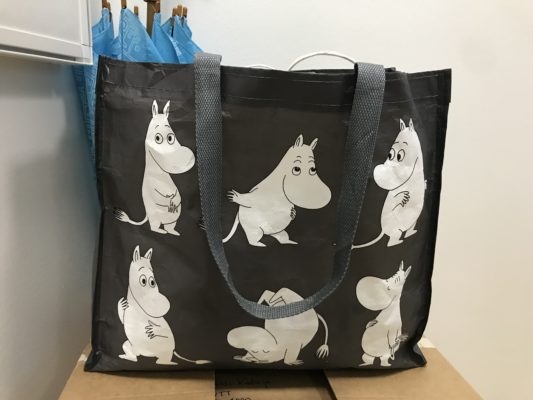 If anyone has an extra, feel free to send my way.

Peter Balonon-Rosen is an accomplished early career journalist from New York, who has won national awards for his reporting. Peter’s an Associate Producer at Marketplace, a leading business news radio program by American Public Media. His work has been heard on National Public Radio stations (NPR), Marketplace, WBUR and Indiana Public Broadcasting. Besides identifying as an “audio guy”, Peter has experience with various media platforms: web writing, television work, photography and social media, in addition to podcasting and audio production. Twitter: @pbalonon_rosen View all posts by Peter - USA