A young lady in a pink running suit jogged down the street towards the group of journalists gathered on the sidewalk. She stopped right in front of me, and asked: “You are the FCP participants?” We all mumbled, yes, wondering who she was and why she was asking. She must have noticed the looks on our faces because she rushed to introduce herself, “My name is Sanni, I’m the Education minister.”

My colleagues and I were silent for what felt like 5 minutes, incredulous looks on our faces. The image we had of ‘Minister’, usually being an elderly man with at least 2 policemen flanking him was completely and pleasantly shattered.

To be born in Finland is like winning the lottery, the saying goes. As 35-year-old Sanni Grahn-Laasonen continued her jog down the street, I reflected on how accurate that statement is: The Finnish welfare and education system is ranked one of the best in the world, conveniently beating systems like the United States. 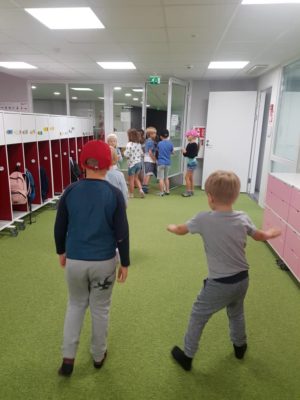 It wasn’t always like this: About 50 years ago, the Finnish government evaluated the education system and implemented progressive and untested reforms that would prove critical in the years to come. It was a holistic overhaul: from the early childhood education stage to university level, the system was designed to equip students with life skills.

Let’s take Sanni’s life as an example. When she was born, she most likely attended a Kindergarten that cost her parents close to nothing. At the centre, Sanni would have had access to developmental toys and life-skill lessons that encouraged decision making and critical thinking in everyday life.

Unlike her counterparts from other parts of the world, her teachers wouldn’t force her to memorize the alphabet: rather, she’d be encouraged to learn through play and outdoor activities as well as relate with her classmates in a civil manner. 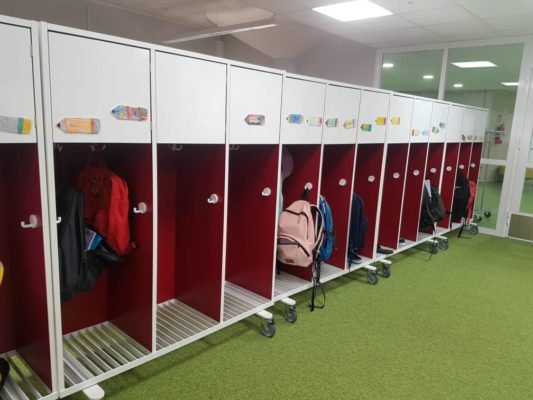 At the age of 7, Sanni would proceed to a public primary school funded by her municipality, allowing free and fair education to all, rich or poor. There, she would have access to personalized education, highly trained teachers who must have earned masters degrees, and an inclusive, unique curriculum that revolutionises learning by including phenomenon-based learning. In this system, students study phenomena e.g the moon, rather than the traditional subject.

Digital tools would be integrated into everyday learning. If Sanni attended the Lauttasaari Primary School, for example, she and 965 other students would have access to 500 computers and 57 teachers. Satu Hakulinen, the principal of Lauttasaari school tells us that ‘punishments’ here are intense teacher-student dialogues that have proven effective. All the students at the school have access to a psychologist, two nurses and a social worker. At the end of the term’results’ are in form of feedback, not grades. So for Sanni and her fellow students, there would be no ‘failure’ in their mindsets.

On to Comprehensive school, Sanni would go, armed with the greatest gift a state can give its citizens: a solid childhood education. In other parts of the world, Sanni’s mates would pay heavy fees for private schooling because public schools are no good.

For Sanni, there will be a wide range of options if she chooses not to immediately continue to university after comprehensive schooling. She can choose to stop learning, attend an Upper Secondary School or proceed to a Vocational School, where literally everything is taught. Presently, 90% of Comprehensive school students choose to continue learning.

On a recent evening in the small Finnish town of Porvoo, Sini, a 17-year-old Finn beamed as she told me – a stranger who had wandered onto her ranch – about studying to be a horse trainer. For foreigners like me who are used to education systems that emphasize only academics, Sini’s enthusiasm was a pleasant surprise.

In trying to understand the success of Finnish education, many have argued that Finland ‘stopped’ teaching the usual subjects. That’s not true, Heikki Kuutti Uusitalo, special adviser to the Minister of Education tells FCP participants on our visit to the Ministry. “We do teach the core subjects, we’ve only added phenomena-based learning to traditional school topics that compliment them,” he continues.

Sini’s horse-studies is a good example: she’s not sure if she’ll go to the university. If she ever changes her mind, she can go to any of Finland’s 14 universities where she will get a living stipend monthly, in addition to tuition-free training (available to Finnish citizens only).

But the real revolutionary factor in the Finnish education system is the highly trained teachers, Inga, a parent living in Porvoo tells me. Finnish teachers must have a master’s degree to get their license, and parents trust that their kids are receiving a quality education. 14-year-old Sebastian tells me he likes the way his teachers educate the students, although things could be better. For him, teachers are way too strict and don’t encourage open communication.

Yet, we must all agree that the Finnish education should serve as a model for all countries, especially in developing nations. Reverence for teachers should be emphasised – not necessarily pay, although that certainly helps! Life-long learning should be encouraged, and most importantly, quality early childhood education must be prioritized. Being born in Finland is like winning the lottery, and nowhere is that more apparent than in the Finnish education system.

Shola Lawal is a Lagos-based freelance journalist at the beginning of her career. Shola has prior experience in a variety of different media. She has published in international magazines such as Latterly Magazine and worked as a video and content producer for Zikoko online platform. She has good working skills in multimedia environment. Shola holds a Master’s degree on Mass Communication from University of Lagos. Main interest for Shola is social justice. She believes in the power of journalism in raising up issues that would have otherwise been left unheard. Twitter: @Shollytupe Instagram: @Shollytupe View all posts by Shola - Nigeria