Platitudes about education are not hard to find. Education is “the key to success in life”. It is lauded as “our greatest natural resource” and proclaimed to be “the single most important job of the human race”. 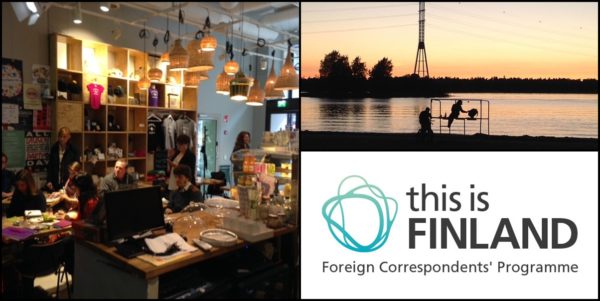 But all this implies that education is a uniform, unchanging force for good. Far from it: education is shape-shifting and can serve myriad purposes, whether indoctrination or the inspiring of creativity, acquiring the skills of a trade or reaching spiritual enlightenment, or simply racking up enough qualifications to get that dream job.
So what did it mean when we heard yesterday that “Finland has relentlessly pursued knowledge and education”? What sort of education, and what purpose would this knowledge serve?

University of Helsinki researcher Anneli Portman portrayed education and equity as the twin pillars of Finnish culture, each dependent on the other: education was part of a mission to create a fairer society. Finnish schools should not be factories of learning, where teachers are driven entirely by exam targets and students seek only to cram in enough temporary knowledge to pass those exams – they should have a higher, moral purpose that benefits all students.

This Finnish idea of education, according to Portman, shapes its approach to democracy: Finland strives for a population where every citizen learns to weigh up controversial arguments in a measured, rational way, but also knows when best to defer to experts.

“We have great trust in expertise,” says Portman. For someone who, like me, took part in the UK referendum on European Union membership, and is living through its consequences, that phrase resonates.

One of the referendum campaign’s defining soundbites came from a pro-Brexit big-hitter, Michael Gove – ironically enough, a former education secretary – who declared before the vote that “People have had enough of experts.” One wonders at the reaction if a Finnish politician had revealed such disdain for expertise.

Of course, we should take care not to put Finland on a pedestal – the resolutely modest Finns would surely not enjoy that anyway – as, like any country, it is a complex mix of virtue and shortcomings. Only the day before meeting Portman, for example, our group heard from national journalists who admitted that, sometimes, Finns can be too deferential towards those who have influence and privileged knowledge; members of the media, they said, could perhaps hit politicians with tougher cross-examinations.

Ultimately, however, a country seems on the right track if it vaunts education as a force for uniting its people in knowledge and wisdom – and especially so at a time when the rhetoric of populist, post-fact politicians is gaining traction around the world. As Portman puts it, “One of the pitfalls of democracy is ignorance.”

Rest assured, though: it seems unlikely that ignorance will become a badge of honour in Finland anytime soon.

Henry is a Senior reporter at the Times Educational Supplement Scotland, Scotland’s leading weekly publication for teachers and other education professionals. He took part to the Foreign Correspondence Programme in 2001 and has visited Finland also in 2008 with the aim of getting to know the Finnish education system better. After this visit, Times Educational Supplement Scotland published a five-part series of articles on the Finnish education system and schools. Henry has been awarded the Best Feature Writer (business/professional magazines) at the Scottish Magazine Awards in 2014 and 2015. Hepburn also writes about politics, sports and food. In 2012 he published the book The Beautiful Games: Scotland’s Hidden Sports. “I would arrive in Finland with an open mind about what I might find, but I would guarantee writing about it afterwards in what I consider my typical style: detail-rich, vivid, empathetic and crammed with insight.” View all posts by Henry Hepburn