1. A preference of harmony in people’s relation to their surroundings, both natural and social.
2. Getting along with others is important.
3. A consensus-building decision-making process is strongly preferred.
4. Work is a value in itself, not just what can be gained by working.
5. Be punctual, persevering, frugal and prudent.
6. Pay attention to details! 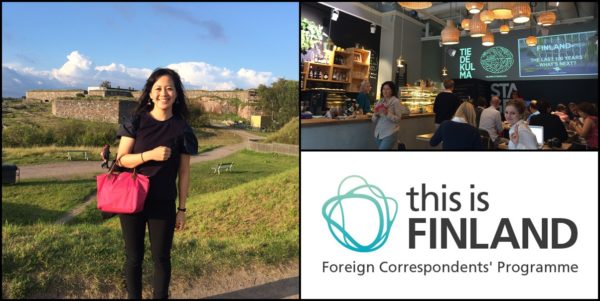 Which country do you imagine when you hear these traits? As Professor Anneli Portman stated these characteristics in our morning lecture, the one country that came to mind was my home sweet home, Japan. You can imagine my surprise at the striking similarities of the core cultural values between Finland and Japan, only 7,600km apart. Professor Portman joked how Finns were “quiet, reserved, and change significantly with alcohol,” and I became certain Finland and Japan were long lost relatives.

So the natural question I began asking myself was, how does one country elect the first female MP in the world in 1907, and the other place 101st in gender equality in 2015? How does the “work is a value in itself” mindset lead to both an internationally famous work-life balance and an equally famous overwork imbalance? In the lecture, I was intrigued to learn that although most Finns do not practice the Lutheran religion today, it played a significant role in providing equal education for people of all backgrounds. The Lutheran churches in Helsinki are without any elaborate paintings depicting lessons of the church, because people were expected to read and learn.

After spending the day learning about media freedom, education, and geopolitics in the Arctic, and even visiting a dairy farm, I could so far only guess that the similar values I recognized in the two countries derive from the homogenous population. As I walked down the streets of Helsinki, I couldn’t help but think, where are all the people? After all, the population of Tokyo is greater than the population of the whole Finnish nation. But after getting on the tram and sitting in complete silence without overhearing any conversation from the neighbors, I couldn’t help but feel a bit at home.

Yoko is extremely competitive and energetic participant from Japan. She was already a promising university student when she joined the FCP in 2010, but after she returned to Japan she successfully got a job at TV Asahi, and worked for the national evening news programme “Super J Channel.” She was also a member of the FCP Alumni Week in 2012; she made the best out of her opportunity of staying in Helsinki by successfully persuading her boss in sending a camera from Japan to report about nuclear energy in Finland. Now studying at Harvard University, John F. Kennedy School of Government, she is also active as a freelance journalist for Nikkei Woman Online Magazine, writing about gender/work-life-balance views of diverse international colleagues at Harvard. “In 2010, Finland was the first Nordic country I set foot in. As a Japanese citizen having grown up in a society where career dictates most of your life once you start working, I was mesmerized by the completely different lifestyles and values of the Finnish people.” View all posts by Yoko Okura