There are always different versions of the story for every place we have been to. And for Lapland, each visitor has his or her own interpretations.

My first impression of the place is familiarity with the unfamiliar stuff. 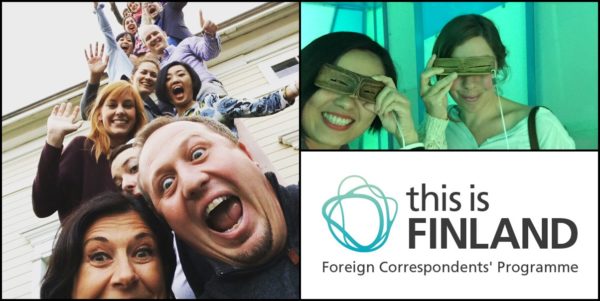 Lapland is not a new place to me. There are always, however, something new to explore every time I am here. It is about fun and insights as well.

I was here for the first time in winter 2007 when I studied in Lund University, Sweden as an exchange student. My friends and I took a Viking Line cruise from Stockholm to Helsinki and found our way to Rovaniemi. I came back with the FCP group in summer 2009 and visited some interesting companies and factories here. And now it is the third time in the last decade. The BRP sleigh factory brought back to my mind that experience of dog sledding in the Arctic during winter. And I’m surprised to see snowmobiles are much more popular than dog sledding nowadays. With BRP SEE producing around 20,000 snowmobiles annually, the modern way of Lapland life is being promoted elsewhere.

Lapland is certainly the destination if someone is seeking relaxation and inner peace, with a short time of escape from the normal life. My memories are still vivid from the first time we were waiting for the aurora and finally saw it with our own eyes, with the North Star on top of my head. We sang a very famous Chinese pop song about how human beings can enjoy their lifetime with challenges but also with happiness. During summer times, Lapland attracts more tourists but it is still very peaceful and quiet. I think it is the force of nature that makes people revere the environment and the Earth.

However, it is a bit sad to hear Rovaniemi’s chairman claim that increasing population outflow is happening now. Lapland only represents the past? I don’t believe so. Look at those modern snowmobiles and the workers in the assembly plant!

Then it comes to a more serious version of the place: Arctic affairs.

Finland promoted Santa Claus’ Village successfully in recent years, so that Rovaniemi is quite a place for tourists to pay a visit (even though Greenland claims it is where Santa Claus originally came from). Countries always fight against each other for their own sake. And in Santa Claus’ case, the “fight” is very mild and friendly.

Unfortunately, it is not always the case. The last decade witnessed an increasing obsession to explore new oil and gas territory in the Arctic Circle. Many countries including Canada, the United States, Finland, Sweden and Russia are actively involved in Arctic affairs and oil and gas extraction here. The discussion about whether the Arctic is a peaceful land or close to a war was really interesting because you may see a huge gap in between public perceptions and those who are probably inside. Since Arctic affairs have been gradually drawing public attention in recent years, all Arctic Council members are developing their own strategy to claim the territory. And media are recording history. 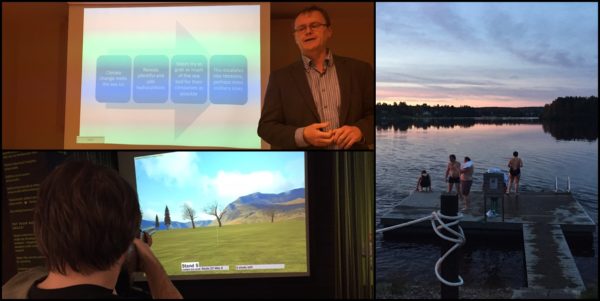 Huijie participated the Foreign Correspondents’ Programme in 2009. She was that time a journalism student starting her career. After the FCP programme, she became a foreign correspondent dispatched by China 21st Century Business Herald to New York City to cover Wall Street news and other Chinese investment stories in US. Nowadays she has returned to Shanghai and acts the Deputy Editor-in-Chief for the China Business Networks New Media. During the coming FCP alumni programme, Huijie would like to explore the Finnish economic situation and business strengths, the creative industries as well as the urban culture and development in Finland. “Time flies. The alumni meeting programme reminds me of the best experience in Finland. It was back in 2009 when I participated in the Foreign Correspondent’s Programme in Finland. As a freshman in my career, I made friends with many other graduates and young journalists from about 20 countries.” View all posts by Huijue Ye (Emilie)