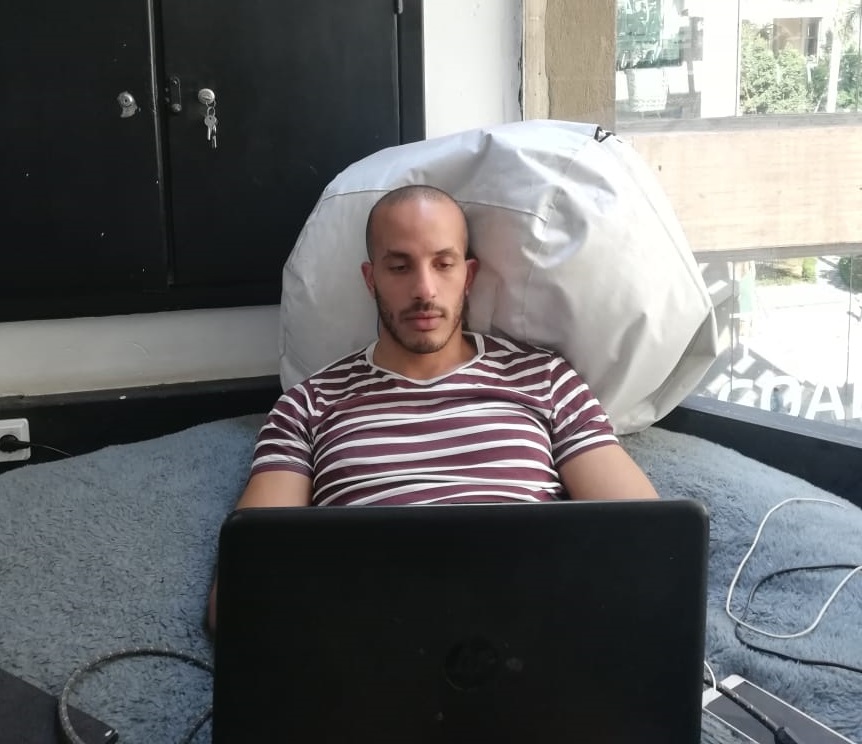 That’s me in the photo, sneaking an hour at work to write up this blog post. It’s been a little over two months since I received the call from the Finnish Embassy congratulating me for having been chosen for the programme, and ever since, googling everything about Finland has become my new pastime. As someone who holds views on society and religion that sit at odds with the majority’s beliefs – if not downright conflict with them- I must admit I’m a tad too excited to be in a place -even for a while- where I don’t have to filter my words or look over my shoulder, a place where freedom is enshrined on paper as well as people’s minds; Finland.

You know how most people naturally visualise the Pyramids and camels when someone mentions Egypt? Well, it’s kind of annoying, but I also am guilty of the same sin; stereotyping. Or at least I have been about Finland for the most part of my life. If I were to hear Finland in a casual conversation or read it on a newspaper; my mind would naturally go to the image of the far northern lands where everything is cold and people are rich. It wasn’t even something I controlled, it just happened.

In the few weeks leading up to applying to FCP, I discovered what a misguided notion that was(except for the rich part obviously). The country that is roughly one-third the size of Egypt, and is home to 20 times less people, is a thriving, multicultural democracy in which human rights are guarded and personal freedoms held in a near-holy status, as my research suggested. It is a country that survived one of the worst famines in Europe’s history only to rise from the ashes less than half a century later as a leading democratic republic with one of the world’s highest living standards. I’ve pleasantly realised that Finland’s modern history is what I dream Egypt’s future would be, and all the above made that day I received that call from the embassy a truly special one for me.

Two years ago, I would have never imagined I would get here. My traditional – albeit very supportive – family had pushed me into an Engineering school because they thought it was the safest, most guaranteed career for anyone. Three years into it, I decided it wasn’t for me, but I couldn’t decide what was, so I started over as an International Business student. Upon graduating, at almost 25 and faced with the prospect of a (lethally boring) corporate career, I found my life to be purposeless. And though I liked writing for the most part of my life, my family’s convictions of how such a hobby would never make for a viable career heavily influenced me and kept me paralysed. I eventually got fed up with my self-inflicted misery and decided to try my luck at a local lifestyle magazine.

The first time I reported a story that touched me on a personal level and witnessed people’s reactions to it, I knew that was it; I’ve found where I belong. There’s something about storytelling that is as powerful as it is humbling. And though I know I can’t change the world tomorrow, I feel that, with my storytelling, I might be planting seeds for a better one, atleast for my country. It’s this one notion that gives purpose and meaning to my life, and also the fact that I can google myself, how cool is that?

Moustafa Daly is a journalist pursuing his dream to give a voice to the ones who are normally left unheard. Moustafa works as an Editor and Senior Writer at an English-speaking online magazine Cairo Scene. This magazine is known for covering controversial topics which are generally kept quiet in the Egyptian society. Instagram: @mous.daly View all posts by Moustafa - Egypt