If I was a Finnish woman I think I wouldn´t be terrified about the idea of being a mother someday. But I´m Mexican. I am terrified. Mexico´s health care system doesn´t look after women who want to become mothers, especially poor women. In my country, women and babies are still dying due to poor medical care.

According to data from the World Bank, maternal mortality ratio in Mexico (the number of women who die from pregnancy-related causes per 100,000 live births) was 47 in 2010. In 2013 this number increased to 49. 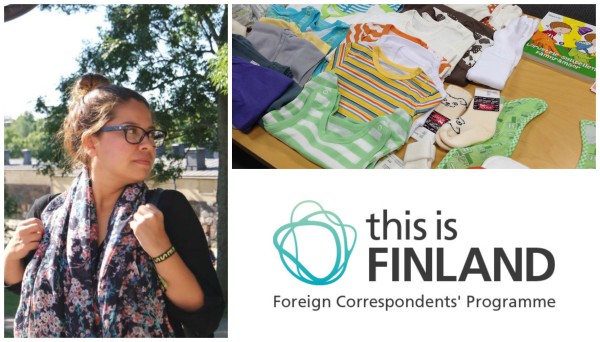 This year, Finland ranked second in the State of the World´s Mothers Report issued by the organization Save the Children. Basically, Finland is among the five countries in the world where being a mother is a pretty great, beautiful and SAFE thing. Why?

During our visit to the Maternity and Child Health Clinic in Helsinki, public health nurse Pirjo Langdon explained how the Finnish health care system serves mothers and babies. It is based in equality, which means that every woman – no matter what her economic or social background is – gets the same attention in her nearest hospital.

Yes, Finland has private hospitals, but according to the Department of Social Services and Health Care of Helsinki around 97% of Finnish families utilize maternity and child health clinic services, which are totally free because they´re tax funded.

Maternity clinics take care of mothers and their children, but also offer support to their families and promote healthy lifestyles.

Another cool thing about being a mother in Finland: for every birth, mothers receive a maternity package with some items for the baby – for free – or they can choose to take a 140 euro bonus. Guess what? Mexico City´s government will give similar baby boxes, too, from now on. I wish they would provide a better health care system and not only the maternity packages, though.

Also, mothers have 4 months of maternity leave and fathers have 54 days. After the maternity and paternity leave there is something called parental leave: around 158 days which can be taken by the mother or the father, or they can even share the days.

In Mexico, mothers have around 12 weeks of parental leave and fathers only 5 days. You read it well: 5 days. In my country, being a parent is still a “woman´s thing”.

Mayra Zepeda works as a reporter, editor and community manager for a Mexican digital media news site. In addition, she has earlier experience as a radio journalist. Mayra is very interested in education, human rights and migration, and has a particular interest in Finland, which she has visited before. View all posts by Mayra - Mexico

3 thoughts on “Being a mother in Finland: a matter of good medical care”