For the newcomer to Finland, this day 1 of FCP 2016 could have been a perfect introduction to the art of Finnishness. For the 12 of us – some of us being here for the first time in 20, 18 or 7 years – we could finally catch up with the country and jump straight into it. 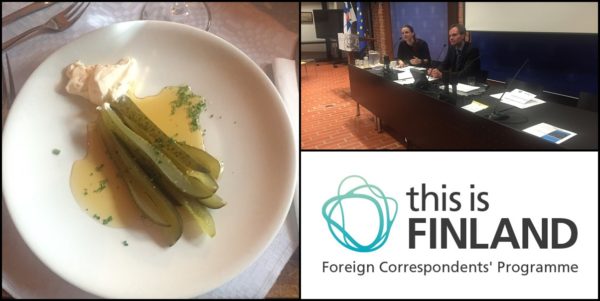 A short briefing with Kai Mykkänen, Minister for Foreign Trade and Development, updated us on current affairs with a focus on the soon-to-be voted budget. Coming from France where the economy is also struggling, it was interesting for me to hear how another country is trying to cope with its own difficulties and to come up with solutions. This introduction was immediately followed by a discussion with three journalists from the most important Finnish media houses: Yle, Helsingin Sanomat and MTV. Talking with fellow journalists helped us so much to grasp Finnish reality nowadays, its strength, challenges, fears, hopes. We talked about the economic situation, refugees, immigration and politics in general, but also the state of the media. All of us could relate to their own country or experiences.

Then time to eat! No reindeer yet (spoiler, it’s coming) but pickles, sour cream, beef, cake and coffee, followed by a Finnish speciality: icebreakers! At Arctia, we learned more about the company and the business of icebreakers, but also their role. 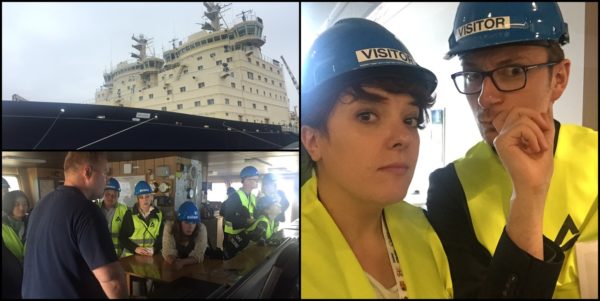 But how could be spend one more hour in Finland without going to a forest? Direction: Nuuksio National Park. The rain which worried us in Helsinki soon left to another place and allowed us to enjoy coffee, cinnamon buns and roasted bananas, all while listening to Pekka our guide, telling us about Finnish forests, their secrets and their stories. Did you know Finns were half men, half bear? Or so he said. Then we parted. Some chose to learn everything about mushrooms and walked while others discovered the joys of canoeing.

And I know no better way to end a day than sauna. And a refreshing swim in the lake of course!

And the best is yet to come… 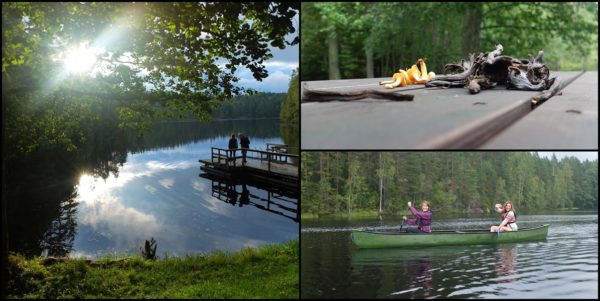 Anna is an Editor-in-Chief at the Alsace20 in Strasbourg, specializing in European topics. She is FCP participant from 2009. Previously Anna has worked for the French iTELE news channel. She is very interested in Finnish approach to design, creativity and economy. According to Anna, the arctic topics are never discussed in France which is why she would be extremely pleased to learn more about their economical, political and social implications. “7 years later, FCP remains one of the greatest experiences of my life, professionally speaking as well as personally! It was my first post studies experience and helped broaden my mind on so many levels.” View all posts by Anna Britz